This young lady from Akwa-Ibom posted on Twitter four days ago that she is looking for work. 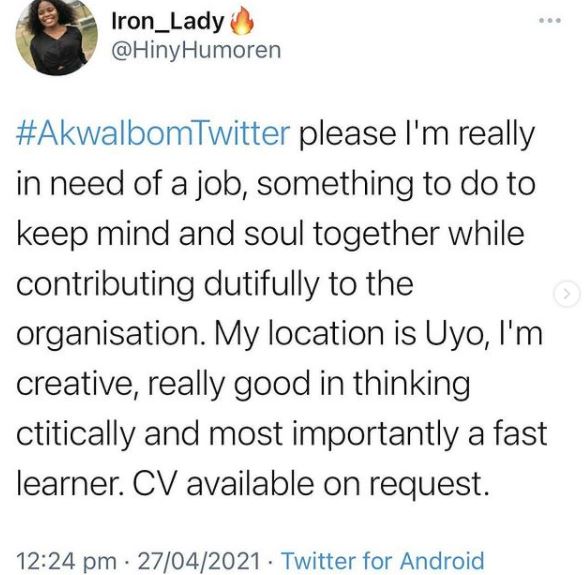 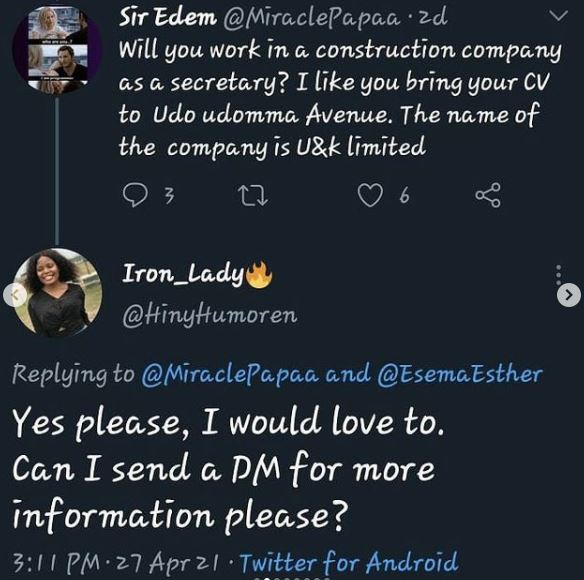 Three days ago, the lady’s friend, who was informed about the lady’s hunt for job came on twitter to seek for help to locate her friend after their last conversation suggested she’s in distress. She called her phone number which was switched off… 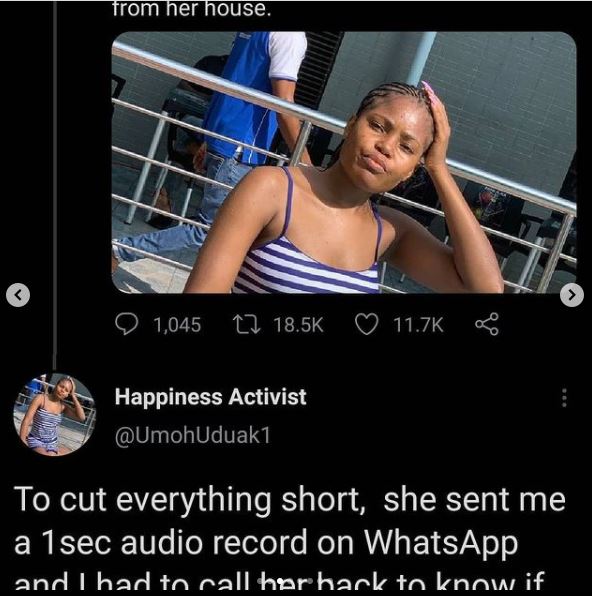 Through his name, the search for the guy that invited her for an interview began and eventually, people were able to find the Social Media profiles of the guy, together with his phone number and pictures. People began to bombard him with messages and calls across his social media platforms.
The guy suspecting he’s now in trouble started changing his Facebook and Twitter names and profile and eventually deleted his accounts. As at that time, many other victims of the guy have come online to narrate their ordeal with him, tagging him a scammer 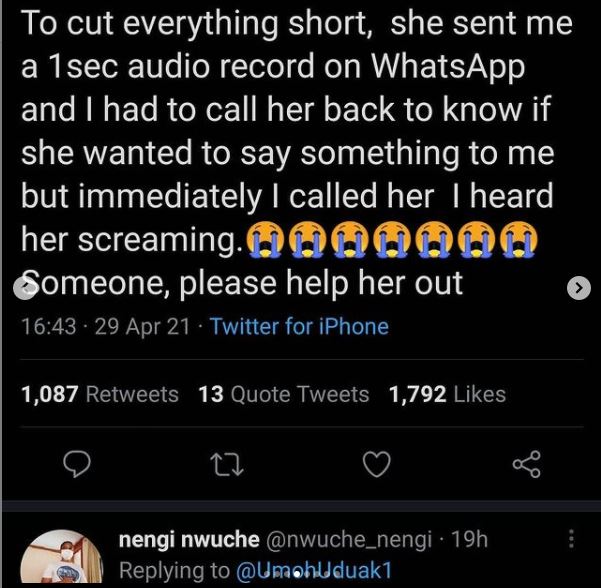 After feeling the heat, the guy came online to deny knowing her whereabouts. 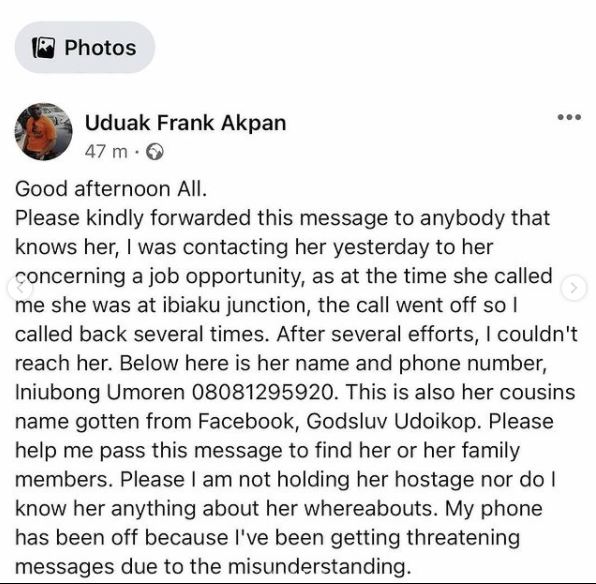 The Police began their investigations and arrested the guy and one other person yesterday. 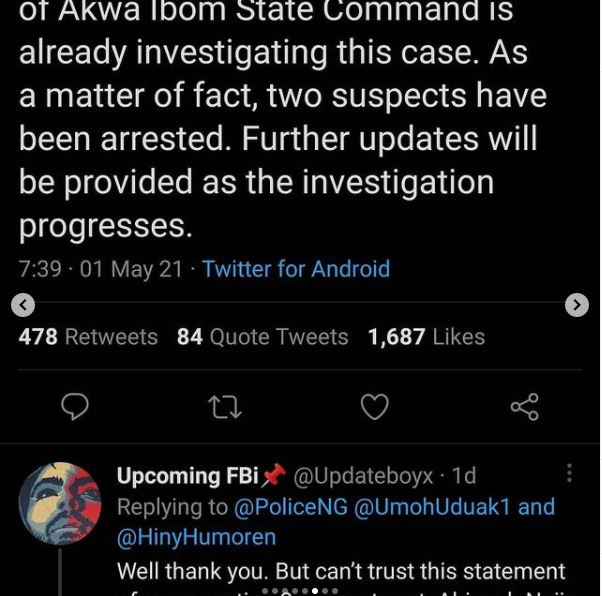 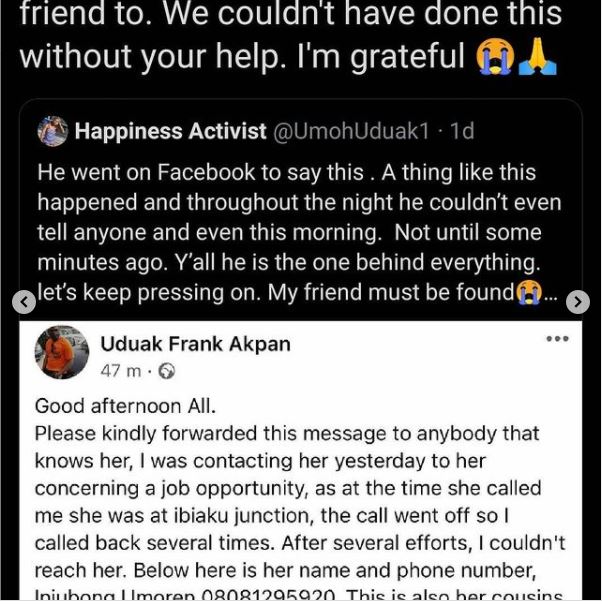 SADLY today, the lady’s friend has confirmed the lady has been killed and buried. 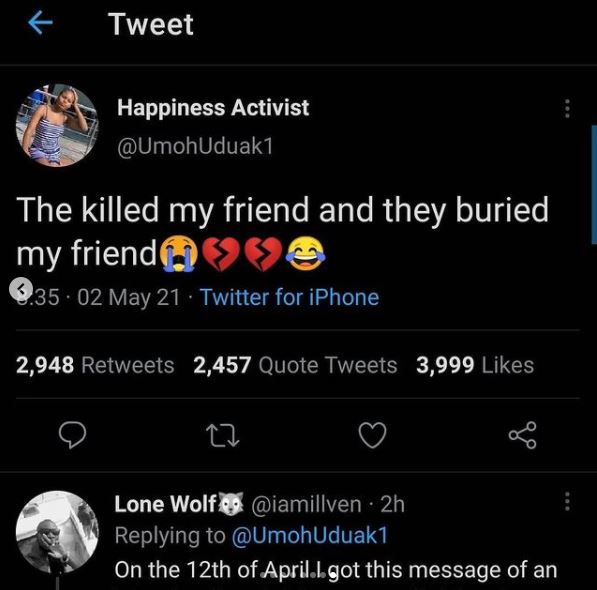 Please, always be careful when you go in search of job or you’re meeting a stranger for the first time. Always inform at least one person about your movement at every point in time. Always be security conscious and prepare for self-defence, if possible.
This information is important for everyone, especially ladies. May God be pleased with the soul of the lady, grant his friends and family the fortitude to bear the loss. May her killers never find peace.