A Nigerian lady identified as Kemisola Ogunniyi who was allegedly arrested in October 2020 during the EndSARS protest in Akure, Ondo state, has welcomed a baby at the Surulere prison in the state. 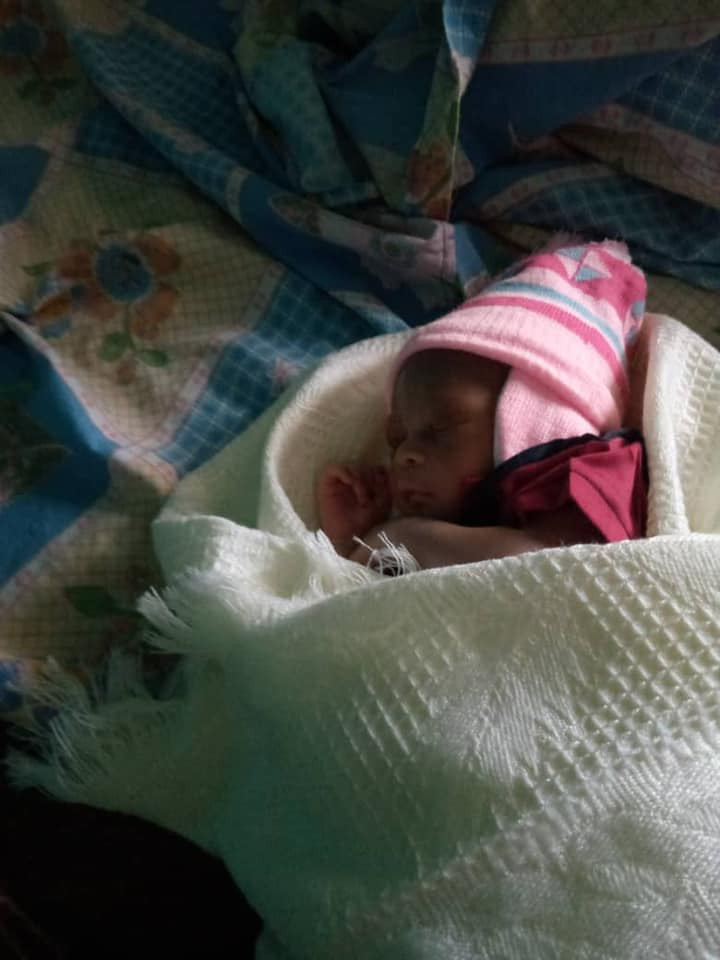 Publisher, Omoyele Sowore who shared her story online, claimed Kemisola was arrested by the police on October 24 on grounds that she looked like one of the protesters that burnt the APC office in the state. He said since then she had been in prison and has just welcomed her baby.

Posting photos of Kemisola with the baby, Sowore wrote

”@RotimiAkeredolu Kemisola Ogunniyi just delivered a baby in prison. She was arrested in Akure during #Endsars, didn’t commit any offence, only going to the pharmacy for her mother @policeng arrested her, claimed she looks like #Endsars protesters who burnt @OfficialAPCNg office.

The green cloth on the table is the same she being wearing in prison .

Kemisola has been imprisoned at Surulere prison in ondo state since October 24th 2020!”he wrote 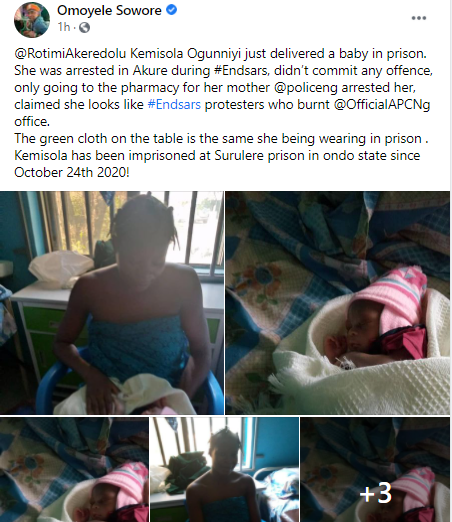 READ ALSO👉  To Tinubu, Makinde says the APC will not rule Nigeria after 2023
Related Topics:END SARS.
Up Next