A soldier and one assailant have been killed in a gun duel when suspected sea pirates attacked a military Joint Task Force, JTF, the checkpoint at Tuomo community in Burutu local government area of Delta state.

A former CDC chairman of Tuomo community, Mr Akpoebiede Defence, who confirmed the incident to Vanguard, said the gunmen came in a speedboat at around 11 pm on Sunday, July 18.

We believe they are sea pirates who came in a speedboat at around 11 pm, and we believe that they were coming for their guns. They wanted to land at the military checkpoint at the waterfront when one of the men on duty asked to know their identities, and they said they were returning from work,” he said.

The soldier told them not to land at their spot and in the process the gunmen opened fire and shot a soldier dead instantly. A gun battle ensued with the soldiers also killing one assailant on the spot while others sped off with bullet wounds, leaving their dead. As I’m talking to you, the lifeless body of the assailant is still at Tuomo waterfront.” he added.

it’s an unfortunate incident and I commend the military men for their alertness and gallantry. We are course working towards bringing a lot of gunboats to enable the military do their job better. 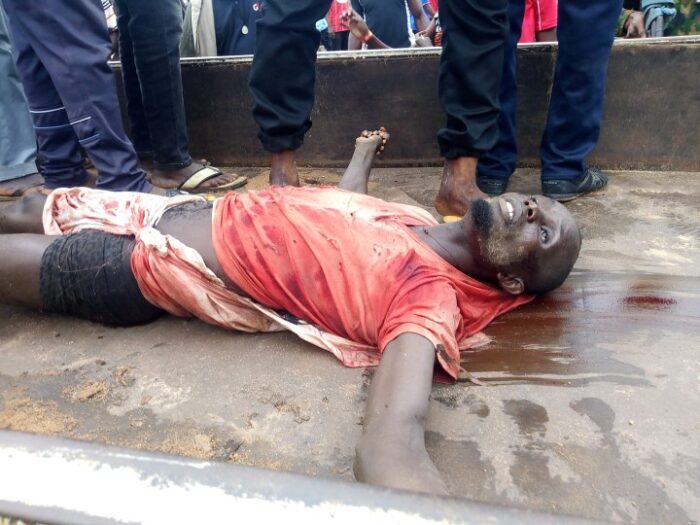 Related Topics:
Up Next

47 Years After Being Sent To Buy Rice For His Family, A Kenyan Man Returns Home