MANY MANY CONGRATULATIONS!!! Forbes Names Funke Akindele to Their List
Advertisement

Reno Omokri says, "If you don't have a job, don't try to have kids."

Watch video of a young guy sings a cover of Wizkid's Essence with his sweet voice.

“I'm baffled as to how Nigerians are deceived into believing that another human being can steal and control their destiny.” – Uti Nwachukwu

Forbes has honored superstar Nollywood actress Funke Akindele by including her on the list of “100 Icons from Africa.”

Nigerian actress and producer, Funke Akindele has celebrated after being included in Forbes ‘100 Icons from Africa.’

Sharing the News on Instagram moments ago, Funke Akindele wrote 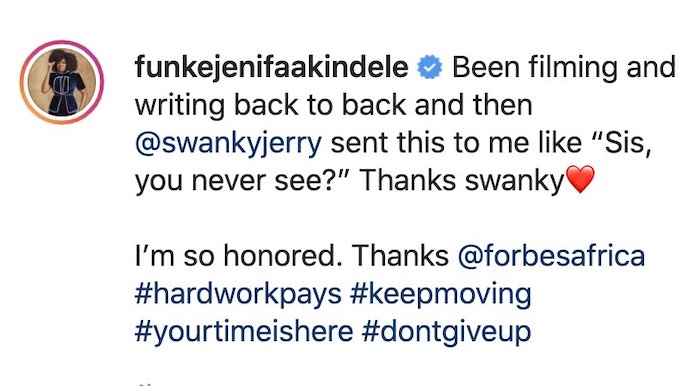 According to Forbes, the list was curated from Hollywood exports and Grammy artists to award-winning ideas that can save the world.

It also stated that the list is a way of “celebrating those whose ideas, inventions, and influential role models have aided Africa’s growth over the last decade.”

“This is a way of celebrating those also with the award-winning ideas that had defined the African continent and influential role models that have spelt Africa’s growth over the last decade.”

Forbes described Burna Boy in the publication as one of the biggest and most successful African artists on this continent.

While Genevieve was described as the trailblazer of Nollywood.

Reno Omokri says, “If you don’t have a job, don’t try to have kids.”

Recent coronavirus news!! In Queensland, no new community-acquired COVID-19 cases have been found, and a dedicated hospital has been established in Brisbane

The Queensland government is looking at having a dedicated coronavirus hospital in Brisbane, to reduce the risk of another outbreak...